Contrary to the weather forecast the day dawned with blue skies and a warm sun, encouraging ten Jaws walkers (including 3 gentlemen for a change) out for a five mile jaunt around the rolling Chiltern countryside.

We signed in at the Chequers Inn in Fingest, ordering our lunch requirements at the same time, and set off up the 430 foot climb through Hanger Wood towards Cadmore End. By this time we had begun to realise what “rolling” countryside was all about but comfortably made it to the highest point of 613 feet for the usual photo opportunity.

Then followed a gentle descent along Chequers Lane into Gravesend at the base of Turville Hill. At this point, even with the Sat Nav we managed to lose our way. The theory was that we would walk around the base of Turville Hill enjoying the rolling scenery including the windmill. In practice we walked slogged our way through the woods all the way up to the windmill and walked/gambolled/slid down the other side into Turville. Very invigorating to say the least.

However once in Turville, having checked out the Vicar of Dibley, we were back on plan and the remainder of the walk back to the pub in Fingest was easy especially in the glorious weather.

Pauline Keyne had made contact with the local Ramblers Association and found Steve who very kindly agreed to guide a large group of us on a 9 mile circuit East of Alvaston. The starting point was the little village of Barthomley with its ancient parish church of St Bertoline dating back to and before Norman times. It also had a rather cosy pub called the White Lion which seemed to be the name of most pubs in the area.

Ignoring the pub at this stage, we set off across country to the first port of call which was a primitive Methodist Chapel, now the Englesea Brook Chapel and museum. This was full of interesting artefacts and, importantly, offered light refreshments. 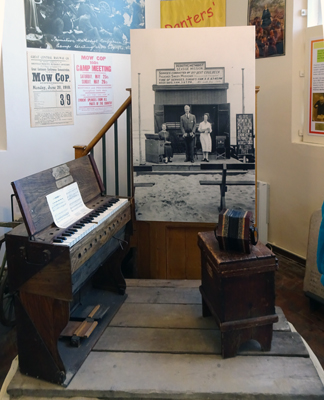 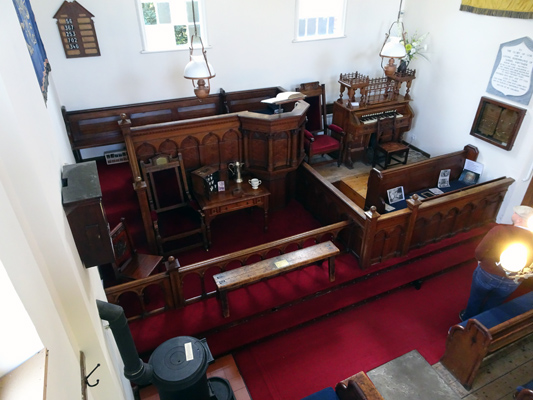 Next stop was Weston where we had a light lunch at a pub dating back to 1652 – called, of course, The White Lion. Steve was very patient with us at the various stops on route. Also it was invaluable that he was leading us. The entire route includes a large number of styles, frequently half embedded in the hedges and very difficult to spot from the far side of the field. I suspect without Steve we may have well become lost.

Having at one point made a large detour to avoid the traffic hurtling along the A500 we finally arrived back at Barthomley for a quick tour of the church and a rather longer stay in the White Lion. 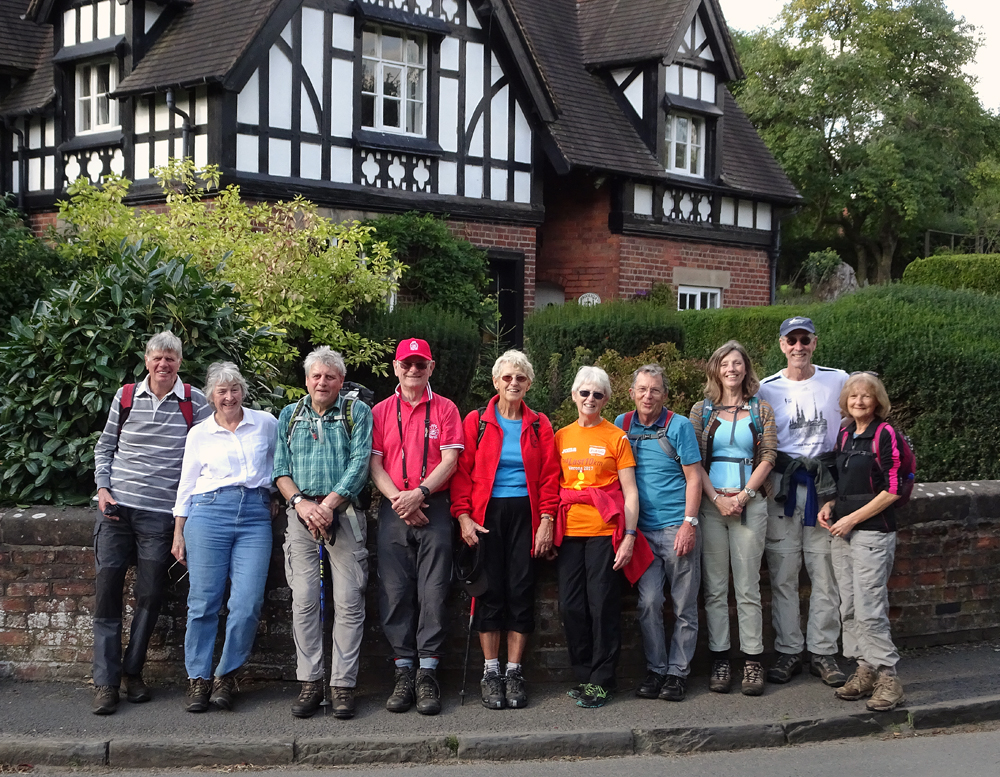 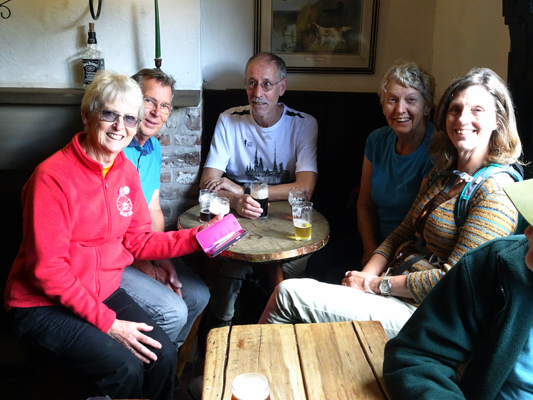 Including investigating the church and chapel we covered about 9.1 miles in total. A really good day out.

Having exhausted ourselves on the Saturday, many of us decided to have a quiet amble (3 or 4 miles maybe?) from the hotel down to the centre of Nantwich to have a good look around. Coincidentally the area had organised a triathlon with, as far as we could see, some rather unusual elements such as the biking section being along roads still full of cars - perfect conditions on rather damp roads.

The centre of Nantwich has quite a few old Elizabethan style buildings, many of them having to be rebuilt following the Great Fire of Nantwich, and paid for by the Queen (QE1).  For us, the most important building was the Nantwich Book Shop, Coffee Lounge and Pavement Cafe where we settled down for coffee and cakes. 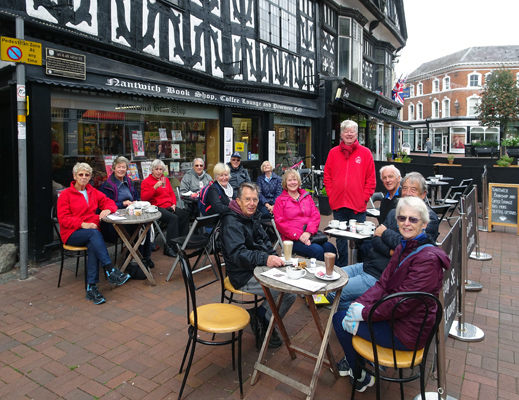 The next place to visit would have been the Church which unfortunately, being Sunday, was not open. Therefore we decided that we ought to go for a proper walk and followed the river for a couple of miles south and then back into the centre of Nantwich.

By this time the excitement of the Triathlon was over and all the tents were being taken down, so we made our way back to the hotel. Miraculously our 3-4 miles had turned into 6.75 miles. Well, that’s what a walking weekend is all about.

A glorious day in September allowed us to enjoy one of our regular walks close to Henley. Starting from the Flowerpot pub in Aston Lane we walked along the Thames through Henley before arriving at the Turkey farm. This year the guardian llamas were missing and one turkey had escaped and was trying to get back into the turkey farm. Still Christmas is some time away. We then moved on to our secret mini copse of plum trees, but not such a good crop this year. Finally downhill and across the deer part before indulging ourselves at the Flowerpot. Covered about six miles in total with lots of ups and downs. 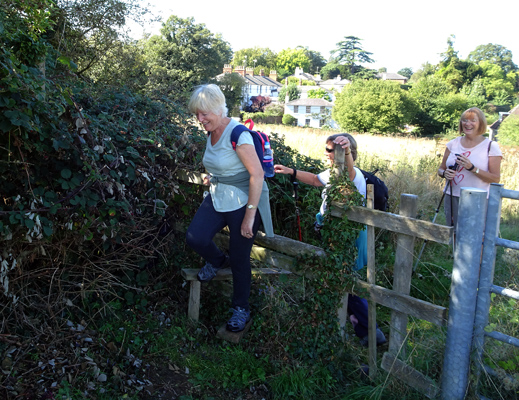 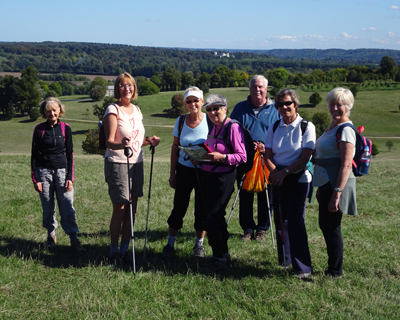 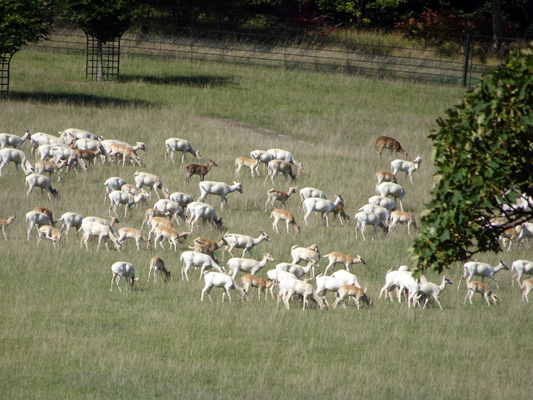 The July walk took pace in August on the first Thursday for a change. The starting point was the Red Lion in Coleshill and initially we had six Jaws members with us including Tiss Bass for the first time for a while. This walk starts off with a gentle amble down the hill into Amersham, pausing for a photo opportunity on the by -pass bridge and a quick visit to the Tesco facilities. By the way the Fox's outward bound store has now been taken over by Mountain Warehouse who are selling off old Fox's stock at the moment. At this point we lost Tish who decided to have Dave come to collect her - having spotted the next field we were going to have to climb. 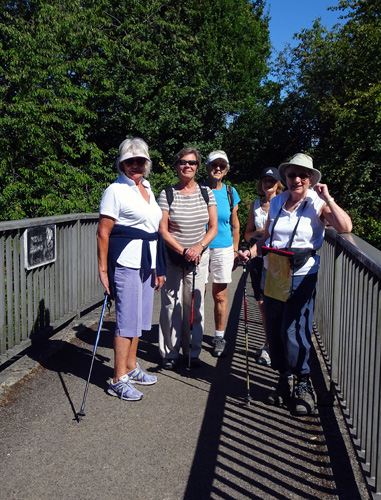 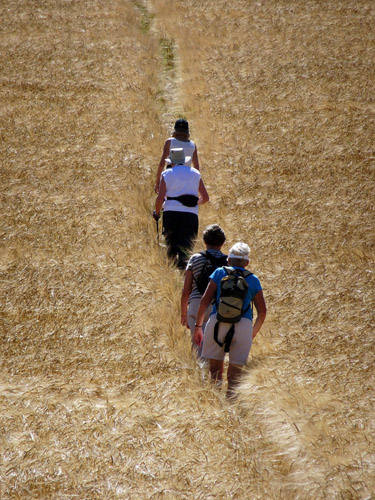 From here on it was a slog up past Rodger's Wood, Day's Wood and High Wood before descending to the delightfully named Upper Bottom Farm and Hobbs Hole. From here we crossed the A355 at great personal risk and then made a final push back to the Red Lion. For almost the first time this year the pub ticked most of the boxes with a wide ranging menu, a sheltered front garden and reasonable service. Walk wise we covered 6.1 miles, maximum altitude 603 ft, minimum altitude 229 ft, and total ascents and descents of 1437 ft. A fairly serious work out.

The postponed watercress walk around Flaunden and Chenies duly took place in June. The weather was hot and there was a good turnout of eight Jaws members for a walk that had its fair share of disappointments. We started from the Green Dragon pub in Flaunden and gradually made our way around Latimer and Chenies until arriving at the watercress farm, fully equipped with our plastic bags for watercress supplies. However, sadly, due to the continued hot weather there had not been enough water to maintain the cress beds and the farm was closed. So no watercress and no ice-creams!

Nevertheless we pressed on up the hill and finally back to the Green Dragon. Here we found that the chef had done a runner and Thai food was no longer available. Also the service was desperately slow with the man behind the bar not being good at mental arithmetic. Eventually we were all able to enjoy a sandwich and a drink before returning home. The good news was that it was a serious and enjoyable walk of 6.84 miles. Also Gill Frew is to be congratulated on completing the walk on crutches - very impressive and well beyond the call of duty.

The May walk was due to visit the watercress beds around Flaunden. However the weather forecast was terrible, promising thunder and lightning, and we decided to postpone the walk until June. Needless to say the weather did not do as promised and we could have collected our water cress. C'est la vie!

For the May walk we descended on Chalfont St Giles for an extended country walk covering Jordans, Seer Green and Hodgemoor Woods where we hoped to see the bluebell display. The Fox and Hounds Pub was closed on arrival but, since we were returning for lunch, we parked in their car park anyway (more of that later), and set off up the High Street passing John Milton’s Cottage.

Taking a footpath on the left shortly afterwards we continued virtually in a straight line to Jordans and Seer Green seeing lots of lambs on route and meeting some very inquisitive cows looking for biscuits. 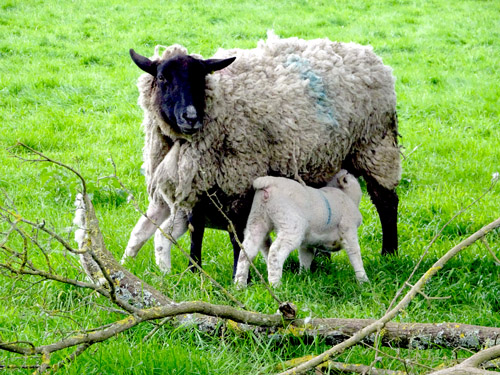 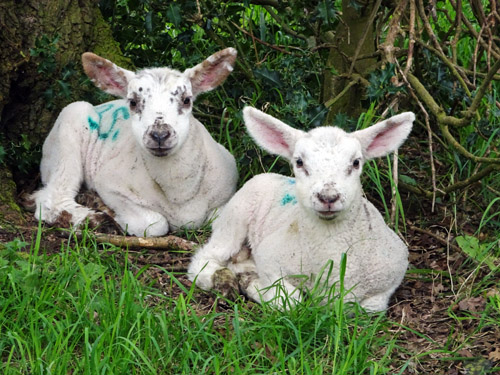 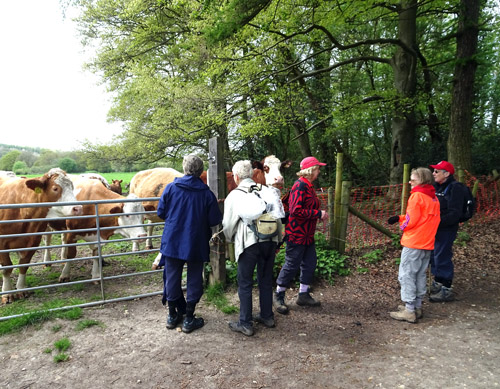 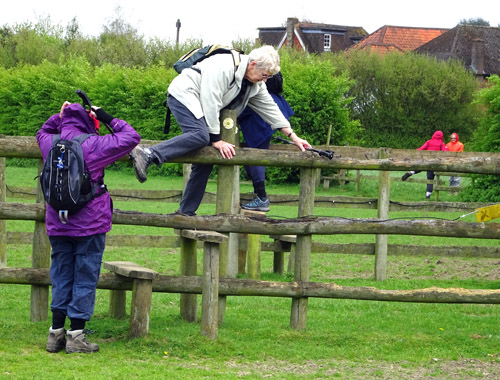 Turning north to Hodgemoor Woods we finally got to see some bluebells but not on the scale of those at the Bird Sanctuary in Hedgerley.  I think we will stick with our local bluebells next season.

Running out of time, we returned energetically to Chalfont St Giles having to clamber over 7 stiles in succession before reaching the village centre once more. On reaching the Fox and Hounds, we were then verbally attacked by the landlord in full Basil Fawlty mode for parking in his car park without permission. Attempted explanations that we had tried to make contact but the pub was closed on arrival - and that we were intending to lunch at the pub anyway - were brushed aside. He would not listen to anything we said and clearly does not like customers much. Well he certainly lost us as a lunch party as we moved on to The White Hart in Three Households instead.

All in all the walking group are not having a great walking season pub wise but I am sure things will look up next month.

The Jaws monthly walking season finally got started on March 29th with an amble around the muddy Thames footpaths at Hurley. Eight members assembled in the car park of "The Olde Bell Inn" suitably attired for wet weather though in fact we were relatively lucky and were only drizzled on from time to time. Starting out on a tarmac lane we quickly had to squelch our way across open fields to finally arrive on the Thames footpath - which was equally squelchy. However we were rewarded with views of Danesfield and a number of other elegant Thameside home plus a selection of wild life at various stages. Moving on to Hurley Lock (tea shop not open) we stopped for a team photo before speeding up (relatively) to get back to the pub before the rain really started. 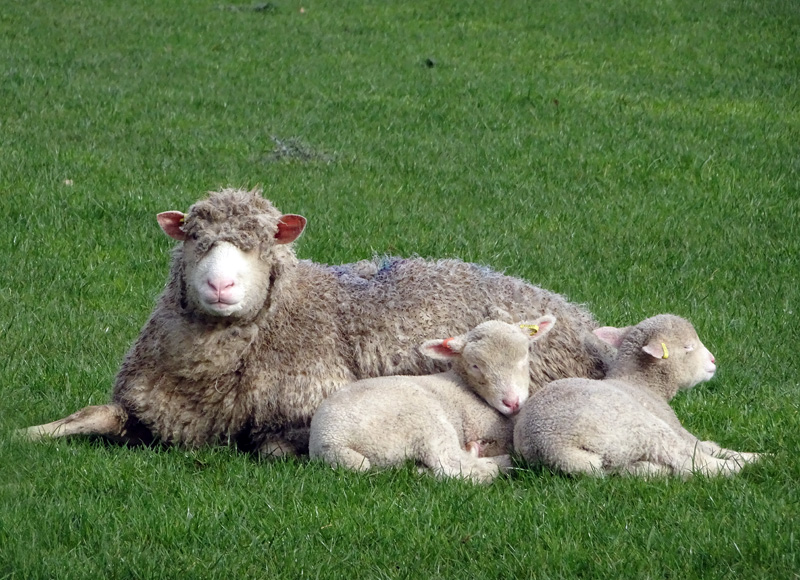 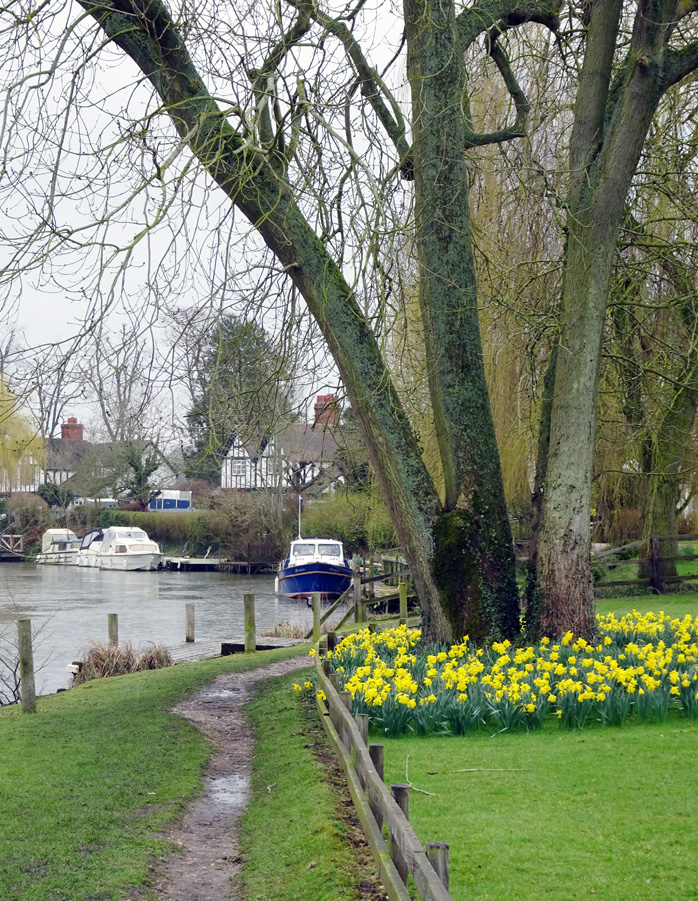 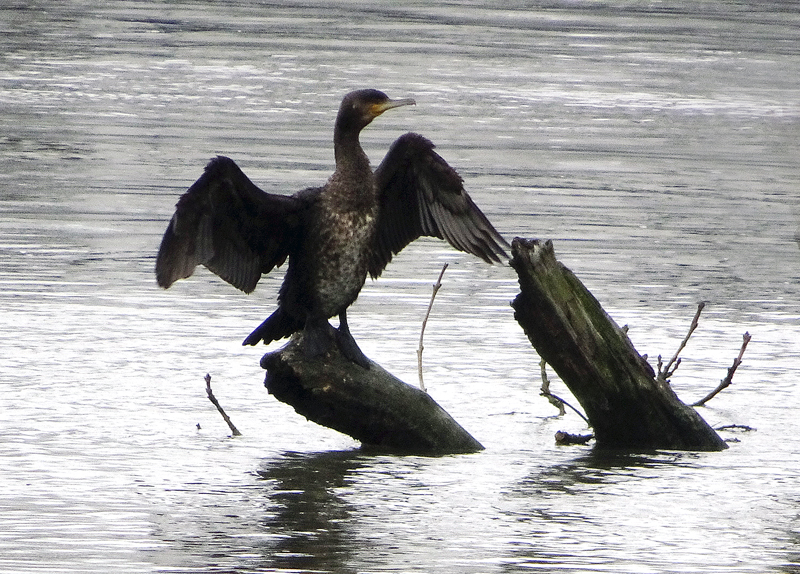 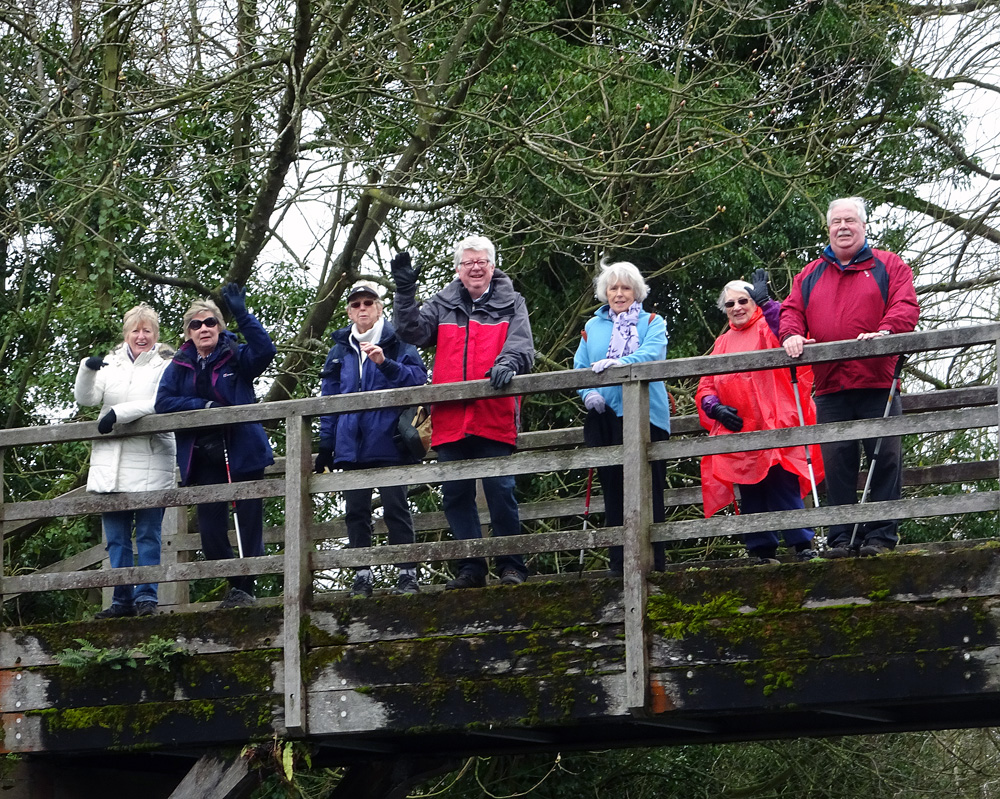 We finally retired to the pub having covered a mere 4.68 miles at no great speed but very ready for beer and sandwiches. At this point we discovered The Olde Bell at Hurley is really NOT to be recommended. Beer was £5 a pint, service was slow and erratic and it was pointed out to us that we had not paid the full 12% service charge added to the bill. We did explain why not! Next time we will do this walk in summer months and use The Rising Sun. Still, it was good to get out.