In March 2018 I followed up on a leaflet advertising “Chilterns Nordic Walking” and after my first “Taster Session” and follow up technical training on how to use the poles (different to trekking poles) and walk properly, as a lifelong walker I knew right away that this was for me. Nordic Walking for those of you who don’t really know, is an enhancement of ordinary walking that ensures the whole body engages, shares the workload and consequently benefits the whole. Nordic Walking encompasses exercises that are taken at the start and finish of the walk to help improve muscle and joint flexibility, balance and strength. The poles are integral to the exercises and are also used to propel you forward as you walk – and unlike normal walking, when you Nordic Walk you walk in gears – 1 to 4 in fact! In due course, I and others became aware of a Nordic Walking Festival in Dorset in mid - September which included a 27 mile NW marathon. I thought I might like to have a go at this as unlike the London Marathon the barriers to entry are low – very few lunatics take on this challenge, as I eventually found out! I trained in the local woods (some good slopes) and was “driven hard” up through the steep hills behind Amersham by our NW instructor which was tough going but I felt I had a chance. Based on my training and because of the long ridgeways, different terrains etc in Dorset I budgeted to do the marathon in 9 hours. The day came and a good early breakfast was enjoyed. The race took place on the Isle of Purbeck starting and finishing in Swanage. From the Downs overlooking the beach it headed towards the Jurassic coast path with magnificent views in the sunshine before taking us through the villages of Worth Matravers and Kingston. Some of the walk is along narrow stony paths where care has to be taken – a fall here and the race could be over! There are no crowds or ambulance men to hand in “them thar hills!”. Some lengthy and steep sections of steps also required close attention. On we went through farms, hopping over five bar farm gates and the many stiles all took a bit of extra time and effort but also added to the interest. The course was very well marked and the smiling (admiring!) volunteers at the five water stations offered welcome cups of chilled water and Jaffa cakes to refresh and replenish the contenders. Then to Swyre Head and along the ridge towards Tyneham Gap. Then the biggest challenge - along the E-N-D-L-E-S-S ridge of the Purbeck Hills towards Corfe Castle – and only 5 more miles to go! The field was small as I mentioned earlier so I had very long stretches when I was completely alone and had no sense of my overall position. However, using all my physical and mental might, I managed to finish the race in 7th place and in 7 hours and 35 minutes which beat all my expectations! This can only be attributed to my significantly increased upper body strength through Nordic Walking which heled me take on and beat those l-o-n-g ridges! My technology app. shows the maximum elevation was 672 ft but the total ascent was 4,554 ft showing the impact of the number of long slopes and ridges already mentioned. It was good to arrive back in Swanage to a warm welcome from my other NW pals who were waiting patiently with the best cups of tea I have ever had – and of course to my first Nordic Waling Marathon medal! Read into that what you will! Finally, you may not be aware that there already four Nordic Walkers in Jaws! Barbara Jackson, Jill Frew, Lindi Bilgorri and myself – also a qualified walk leader now!

This year’s walking weekend was spent at the Bembridge Coast Hotel on the Isle of Wight. A group of 32 braced themselves for the windy and showery conditions forecasted, but the weather wasn’t too bad in the end and it didn’t stop us doing what we had set out to do.

Saturday was the main day for walking, and we split into three groups.

The short walkers set their own agenda and stayed close to the hotel. Most of us did a circular 6 mile walk to the monument at Culver Down, and a small group of 7 walkers, seeking more of a challenge, did a similar route but walked further afield for a distance of 9 miles. 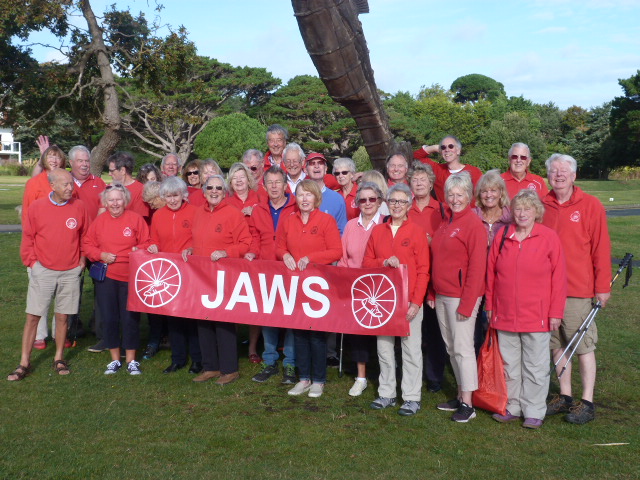 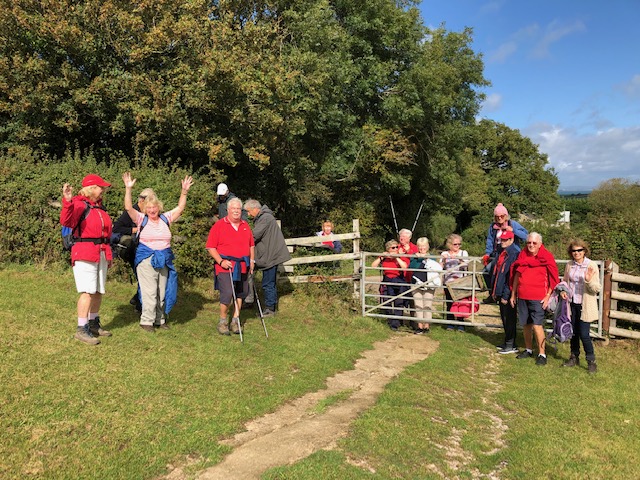 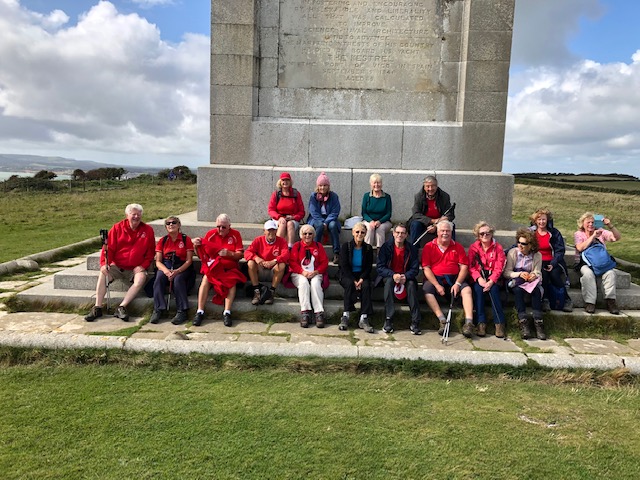 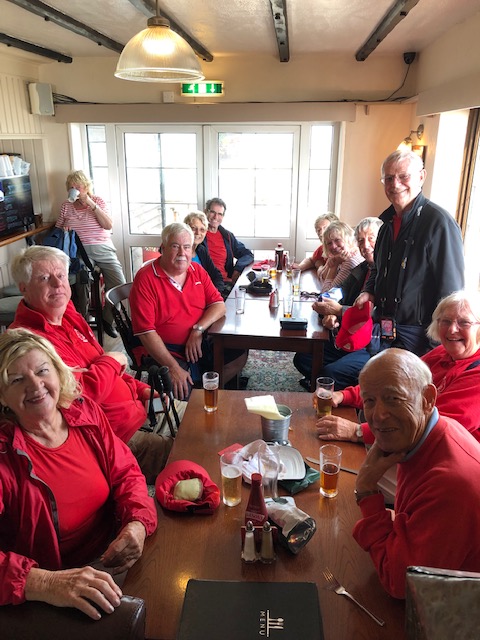 Sunday was what Ron likes to call ‘free time’ and a variety of trips were made to places of interest such as Osborne House, The Needles, the Garlic Farm and The Roman Mosaics. Some of us walked from Shanklin to Sandown dodging the waves that showered the esplanade, while others enjoyed the hotel facilities.

As always, the weekend was as much about socialising as walking, and with such a friendly group of people participating, who could fail to enjoy the time spent together.